What does the laser look like in your eyes when you watch The Torment of the Soul?

Is the stage lighting vibrant and dazzling? (It’s very eye-catching and colorful.)

(Ahead of time, we will state that we do not comment on any films; instead, please view the footage below.) 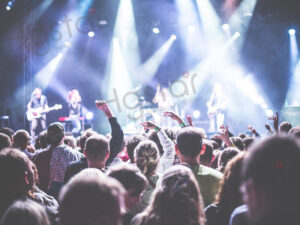 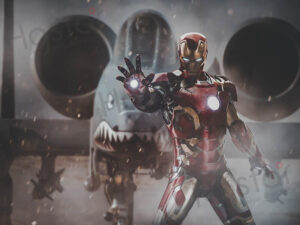 The miniature laser transmitter carried by the drone in the film “Spider-Man: Return of Heroes” can also emit high-energy laser beams. The museum’s thick door does not appear to have any “resistance ability” in front of it.

As a result of this, you may discover that laser is both sweet and salty.

In industrial society, tools used to cut through thick metal walls are “unceremonious” and cut quickly.

It is a laser beam, not a “knife, gun, sword, halberd, axe, hook, fork, stick, wand, whip, hammer, and hammer.” When this light beam strikes the metal, it can cut it quickly and accurately.

Bingo! The plot of the film is designed using “laser cutting” technology.

We’ve all heard that “fire energy can help gold,” but what exactly is steel laser cutting machine? What is the energy level of this high-energy laser? 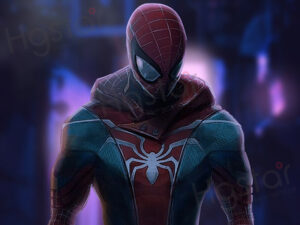 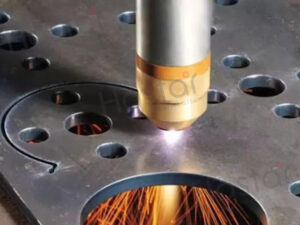 steel laser cutting machine, in its most literal sense, is a technology that uses a focused high-power density laser beam to cut materials. Furthermore, laser cutting is a form of thermal cutting.

Why do you think that? Let us learn more about the steel laser cutting machine principle.

The laser cutting system employs a laser focusing system to direct high-energy laser light onto the material’s surface. The laser energy is absorbed by the material, which causes it to be locally heated above its melting point.

Simultaneously, the coaxial high-pressure gas or generated steam blows the molten metal away, leaving cavities on the material’s surface. The material is finally cut into the shape of the corresponding pattern as the laser moves along the set program.

Cutting gasification with a laser

The principle of this cutting method is to heat the material with a high-energy density laser beam. When the temperature of the material rapidly rises to the boiling point, the material quickly vaporizes, producing ejected vapor and leaving a cut.

Because the heat of vaporization of materials is generally very high, laser gasification cutting necessitates a high level of power and power density. As a result, this cutting method is mostly used to cut extremely thin metal and nonmetal materials (such as paper, cloth, wood, etc.).

Melting and cutting with lasers

The laser irradiation causes the material to melt, and the nozzle coaxial with the beam blows a high pressure of non-oxidizing gas (Ar, He, N2, etc.) to discharge the liquid metal and form an incision.

Laser melting cutting does not necessitate complete metal gasification, and the energy required is only one-tenth that of gasification cutting.

As a result, this type of cutting is primarily used to cut materials that are not easily oxidized or active metals, such as stainless steel, titanium, aluminum, and others. Alloy, for example.

The laser oxygen cutting principle is to use oxygen to cut the metal, causing an oxidation reaction and releasing a large amount of oxidation heat. At the same time, the material melted by the laser is blown out of the reaction zone by the oxygen, forming an incision.

Because the oxidation reaction is an exothermic reaction, the energy required for this method is only half that required for melting and cutting, but the cutting speed is faster than both gasification and melting cutting, so this cutting method is primarily used for difficult-to-cut materials.

The use of the steep temperature distribution generated when the laser groove is carved, which generates local thermal stress in the brittle material, causing the material to break along the small groove, is known as controlled fracture.

With their advantages of high output power and small spot size, fiber lasers have already surpassed CO2 lasers in market share and are still growing. 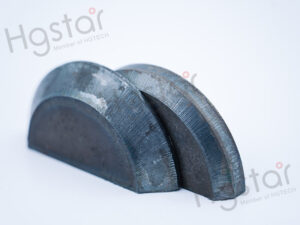 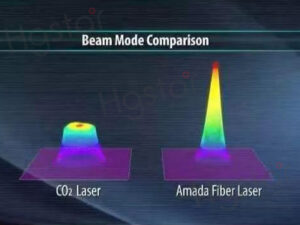 The content is drab in the absence of data support. Do you want to know how much power is used in laser cutting?

Using a 20kW optical power as an example, the optical power density will be greater than 1000MW/Cm2str-1 if the fiber diameter is 200 microns and the numerical aperture is 0.22.

A laser pointer not only irradiates the human body, particularly the eyes, but it can also cause significant harm. As a result, you must not allow children to play.